Create an Account - Increase your productivity, customize your experience, and engage in information you care about.

A lifelong resident of Northwest Oklahoma, Commissioner Roscoe Hill was born and raised in Mooreland, Oklahoma. He moved to Woodward in 1960 where he accepted a position with Northwest Carpet and Tile. Mayor Hill met and married Ann Adkins in 1967. 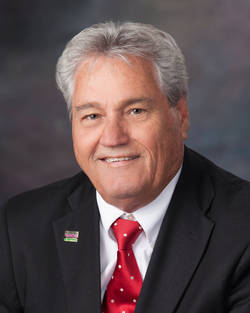